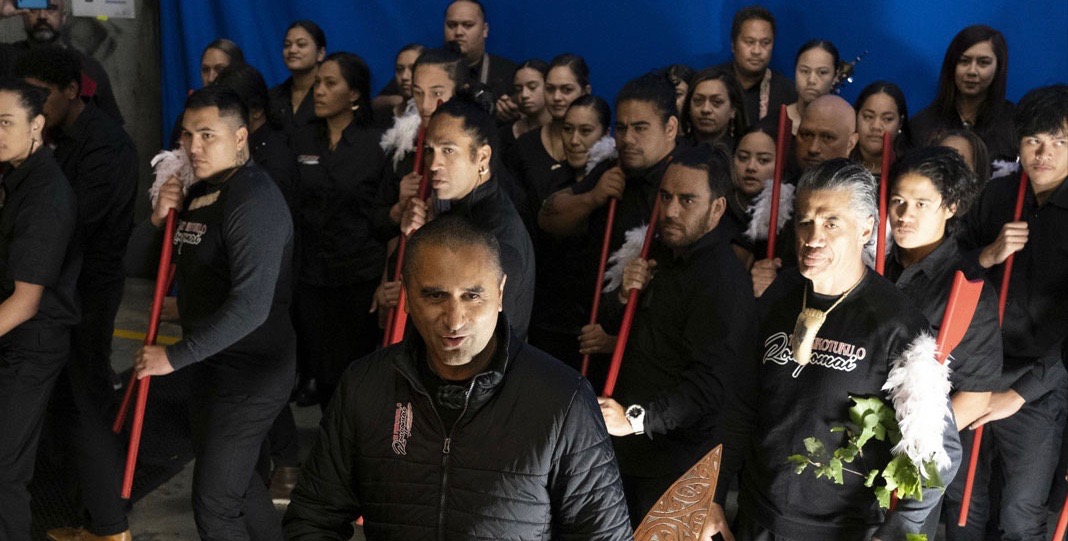 “Was blown away,” Landau said.  “I had asked Cliff Curtis if he would surprise James Cameron on the first day of live action filming by doing a small Māori blessing. Cliff showed up with 42 members of his family from the Ngati Rongomai tribe. All of whom made the 7-hour bus ride to give the entire crew the treat of a lifetime with beautiful original Waiata Songs and a powerful original Haka. To Cliff and his family, thank you. Aroha nui.”