On stage and in the wings, in front of and behind the camera, Ian Mune has been a constant presence in our performing landscape for more than four decades. The face (“pummelled out of dough”) and the unmistakably growly voice have been put to a wide variety of uses.

He is identified with many of the milestones of Kiwi cinema and television as performer, producer, director and writer. His screen debut was in pioneering drama series Pukemanu (1971), an opportunity also to start developing writing skills.

Ian’s longtime collaboration with Roger Donaldson included Sleeping Dogs, regarded as one of the pivotal moments in New Zealand’s cinematic renaissance. Ian co-wrote Goodbye Pork Pie, and his feature film directorial debut was another homegrown classic, 1985‘s Came A Hot Friday. Bringing The End of the Golden Weather to the big screen in 1991 was a major personal and public highlight.

Having declined Once Were Warriors, Ian stepped in at short notice to direct the sequel, What Becomes of the Broken Hearted? which won nine of its 13 New Zealand Film Awards in 1999 and remains his biggest commercial success.

Most recently Ian showed his documentary skills with Billy T - Te Movie, a widely praised and heartfelt tribute to one of his earliest creative partners, and a top grossing New Zealand release in 2011.

Having made an early decision to set aside the opportunity of joining the Royal Shakespeare Company and return from the UK to “talk my own language”, it is not surprising that Ian has long been a passionate promoter of the telling of our own stories, and of an untrammelled creative environment. A raft of awards, including an OBE in 1991 for services to Film and Theatre, underline the remarkable impact he has had - and continues to have - in finding our voice and celebrating our culture. In ‘Mune - an Autobiography’, published in 2010, he not only tells the story of a Tauranga farm boy who fell in love with acting, but captures the frustrating, painful, exhilarating and sometimes triumphant business in which he has played such a big part. 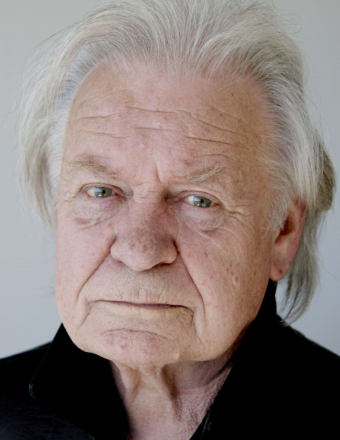 The Brokenwood Mysteries S4 Ep4 As If Nothing Had Happened

This is not my Life

The Last of the Ryans

Worzel Gummidge Down Under (2 eps.)

One of those Blighters

Hillary: A View from the Top - The Early Years

To Kill A Mockingbird

Rest for the Wicked

A Song of Good

Topless Women Talk about their Lives

The Last Kids on Earth

The Life of Ian

Hillary: A View from the Top - The Early Years

In the Shadow of King Lear

By the Light of the Silvery Mune

What Becomes of the Broken Hearted?

The Whole of the Moon

The End of the Golden Weather

The Woman at the Store

Script and Casting Work in LA and London