She is very serious about her craft, but Zara also has a definite soft spot for comedy, physical and cerebral.

A Sydney Theatre School graduate in 2018, British/Australian actor Zara has studied and trained widely to develop as a performer, deviser and writer.

Her most recent credits include The Factory Space Theatre Co.’s A Peculiar River, Crashing Water Theatre Co’s Baby X, which Zara also produced; Chippen St Theatre Co’s The Silence of the Lambs: Redux; Ninefold: A Theatre Ensemble’s The Gaslight Project where Zara was a deviser and performer; short films include Creatures by Little Fox productions, In Pursuit of Nothing by Ghostflyer Productions and Warm Discomfort by Fighting Fish Films. In 2022, Zara starred in Tania Vukcevic’s short film Ours for BMTV Productions.

Not the first young dancer to be denied a ballet career because of her height, Zara’s dance skills, physicality and commitment to fitness continue to stand her in good stead, as does her singing voice.

Words are another passion. Zara is very committed to her future as a writer for both stage and screen, with plans to produce a new work later in the year. 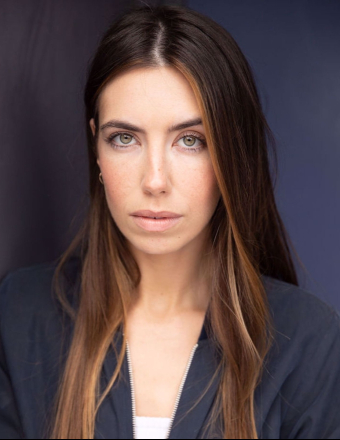 In Pursuit of Nothing

My Mother and Other Catastrophes

The Silence of the Lambs: Redux

Much Ado About Nothing

A Lovely Sunday for Creve Coeur