My name is Don Roa and I am a unique new and developing Actor.

Yes... on 18 July 2019 I set in place a plan to achieve this life changing career goal, by completing Voice and Acting Level 1 courses and refresher courses in Te Reo, with an expectation to be successfully auditioning for roles from July 2020.

I am a raw talent with 70 years of life experiences, adopted at birth (whangae) by goodly parents, raised on a farm in Paparata with two older sisters, attended four primary schools and two secondary schools including three years at St Stephens Boarding School (Tipene) in Bombay 1962 – 1964 then two years at Pakuranga College 1965-66.

In January 1968, I joined the NZ Army, served on active service in Vietnam from 1969 -70, then remaining in the Army to complete twenty years service with attachments to the British Army on Rhine in 1977 and the Royal Military College, Duntroon in Canberra Australia from 1983 -86 as a NZ Instructor. From driving tanks and other armoured fighting vehicles, small arms weapons that I used in my time, exponent and instructor in unarmed combat, plus fieldcraft and survival skills as well as my skill as an instructor, then playing representative rugby for NZ Army and NZ Combined Services were just some of the achievements from my service. Then also being awarded the British Empire Medal in New Years Honours in 1975 for servicess above and beyond the call of duty.

Retiring from the Army in 1988, I followed a career in Sales, Training and Development, Human Resources and People Development, Manufacturing and Trouble Shooting. Consulting and contracting to Public, Private and Corporate oganisations as required, whilst adding to my military skills and experiences.

I have a passion for helping young people and at my age that opens up a big pool of candidates. My joy comes from family, socialising, singing, movies and sports. I am an active gym member and enjoy my week day workouts and exercise. I have a sense of humour and can be raucous at times (says my wife) and I do like a challenge, hence my call to be an Actor.

So in this blurp is your insight to me. Lot’s of experiences encapsulating many emotions, throughout the years that I can draw on to take on character in roles.

I am a devout member of The Church of Jesus Christ of Latter Day Saints, since 20 December 1987 and maintain the standards and principles of my faith.

I believe there is a place for me in the industry and I am working and preparing to embrace the opportunities. Call me when I match your characters profile for the role. 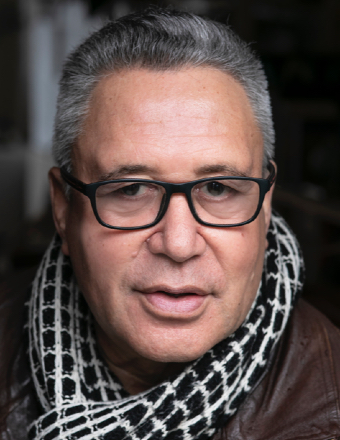 Learning to Trust your Instincts with Joel Tobeck