Jeni Bezuidenhout is a hard of hearing actor, screenwriter and creator owner born in Pretoria, South Africa, who now resides in Melbourne, Australia.

Since graduating from Bachelors in Performing Arts from Ballarat Arts Academy (Federation University) in 2012, Jeni has worked extensively as an actor in theatre, film and online content.

She is currently appearing on Amazon Prime in feature film "In Corpore" and also appeared in award-winning cult horror feature "Cat Sick Blues".

On stage she has performed at La Mama Theatre, Butterfly Club, Chapel Off Chapel, and in many Melbourne Fringe and Adelaide Fringe productions.

Appearing as the lead in the sell-out Adelaide Fringe season of "Altar Girl" by Hannah Samuel ("The Heights"), Jeni's performance was described as “incredibly magnetic” (yaniism) and that “at times chills you to the bone, and at other times nearly makes you laugh out loud” (Emma Connell-Doherty, Great Scott).

Jeni is also an accomplished screenwriter, playwright and director. She has written half a dozen short films, short and full length plays, worked as the lead writer on a funded web series, and her sci-fi feature film "She Now Romeo", was accepted into the Originate development and production program, a joint initiative by Film Victoria, SBS and Arenamedia. 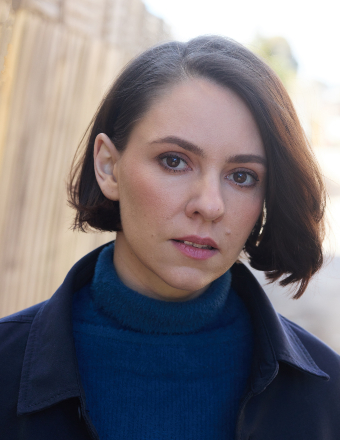 Keep Me In Mind

The Fall of Eve

Not So Serial Entertainment

Not So Serial Entertainment

The Significance Of Others

The Happiest Day of My life

The Happiest Day of My Life

Garden in the Sun

The Friend / The Informer

Meet Me For Meaning

From Cradle to the Brave

Doctor Faustus and Lights the Lights