"I don't have classic good looks ... but then I'd rather play the off-centre roles. I'm quite happy playing a drug addict or the bastard in the wheelchair." – Joel Tobeck (courtesy NZ OnScreen)

One of Australasia’s most experienced and respected actors, Joel comes from a theatrical family, making his stage debut aged five with mother Liddy Holloway.

Stage work has ranged from Shakespeare to musical theatre. He has worked in bands as singer and guitarist. His skillset embraces voice work, radio, improv, Theatresports, dance and choreography.

Screen appearances have been equally diverse. Two dozen film roles on a spectrum from whimsical comedy to intense drama and horror; and a television career that has seen him move comfortably between New Zealand, Australia and the U.S in a variety of genres.

19 years apart, he played two regular characters in Shortland Street. He had a rollicking time in Westside and played Burgermeister in Peter Jackson’s Mortal Engines.

The busy times continue: playing Laurie Mains in the mini series Jonah, another season of The Blake Mysteries (nominated for a 2019 Equity Ensemble Award) Runaway Millionaires, The Luminaries, One Lane Bridge Seasons 1 & 2 and the massive Avatar 2 and 3 production.

Awards include NZ Film & TV Awards 2021 Best Actor for Black Hands; Most Outstanding Performance By an Actor at the Australian Subscription Television & Radio Association Awards, and in 2019 a Best Actor nomination for Alibi, an innovative non-linear drama for TVNZ On Demand. 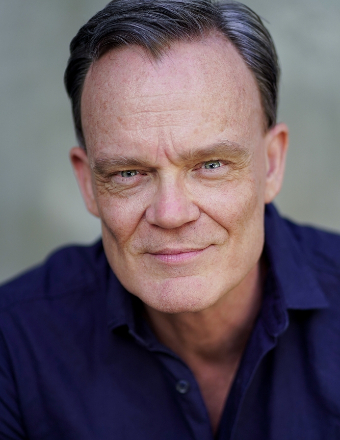 A Stab In The Dark

One Lane Bridge S3 (in production)

The New Legends of Monkey S2 (In production)

Without a Trace Season 5

The New Adventures of Black Beauty

The Producers Wish To Thank For Their Support

Lord of the Rings - Return of the King

Topless Women Talk About Their Lives

My Grandpa is a Vampire

The Shrimp on the Barbie

Just Me and Mario

This Is It Productions (1)