As a live entertainer he has performed for HRH Prince Charles at the Palace of Holyroodhouse, penned the world’s first ever gay haka, Tēnei Tōku Ure (This Is My Manhood), presented his own critically acclaimed live shows in Cuba, Sydney Opera House, New York and Tokyo, and appeared at an astonishing 10 Edinburgh Festivals. Mika is a rare commodity – a truly original artist in an era of cut-and-pasted, sampled, and rebooted pop culture.

Te Mika Show was one of two of his own TV series. Mika’s Aroha Mardi Gras for the 2011 Rugby World Cup was an extravagant entertainment special featuring over 650 performers. He has appeared in a variety of TV series, from Shark in the Park to Shortland Street; and for Mika Haka Kids was nominated for Best Popular Documentary award.

In 2020 GURL, Mika’s 20-minute musical fantasy, won the inaugural Ngā Whanaunga CineMāori Audience Award at the NZ International Film Festival. He first shocked cinema audiences in the Oscar-winning film The Piano. He also wrote and starred in the short film The Bar.

Mika will be available for work in February 2022. 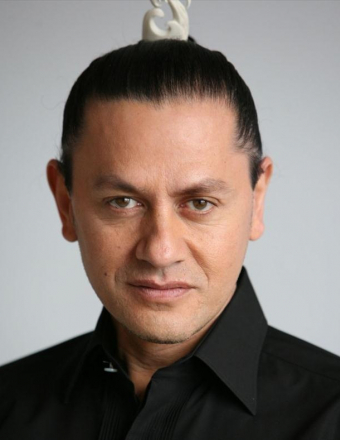