Two of Temuera Morrison’s most noteworthy career milestones have truly come from opposite ends of the galaxy. 1994’s Once Were Warriors was a painfully truthful examination of urban Maori life that continues to cast a long shadow across New Zealand film and culture. And his first Star Wars appearance in 2002 sparked a unique character arc that will place him at the centre of his own Disney+ series in 2021, as Boba Fett.

Always a multi-faceted entertainer, Temuera has long been something of a national cultural icon. Not only as one of New Zealand’s foremost actors, with his international film and television career, but as a leading proponent of Maori culture and performance. Born in Rotorua, of Te Arawa and Ngati Maniapoto Ngati Rarua descent, Temuera’s membership of a famous entertainment family ensured an early interest in performance art. At age 11 he had his first film part - the title character in children’s film Rangi’s Catch. A performance art training course in his teens cemented the acting passion, leading to his first high profile role, playing Dr Ropata for three years in Shortland Street, New Zealand’s enduring medical soap (to which he returned many years later for the 4,000th episode).

The breakthrough film performance, at home and internationally, came in 1994 as the tough, violent Jake “The Muss” Heke in the groundbreaking movie Once Were Warriors, and its follow-up What Becomes of the Broken Hearted, for which he gained a Best Actor award. A diverse variety of international parts followed.

Since his first appearance, as the bounty hunter Jango Fett in Star Wars: Episode II - Attack of the Clones, Temuera Morrison has traced a unique path through the Star Wars universe, becoming a fan favourite along the way. Part of the film's plot involves an army of clones created with Jango's DNA; Morrison also provided the voice acting for the clones. He reappeared as a number of clones in Star Wars: Episode III - Revenge of the Sith, and re-recorded the lines of the character Boba Fett (Jango's "son") and another clone in the 2004 DVD re-releases of the original Star Wars trilogy, replacing the voice of Jason Wingreen.

Thus the arrival of the Disney+ streaming platform, and its blockbuster The Mandalorian, prompted much speculation. Fans were rewarded with the appearance of Boba Fett in season two and the announcement of The Book of Boba Fett, due in late 2021.

Other recent international roles have seen Tem playing Peter Bartlett in Occupation and Occupation: Rainfall, Tom Curry in Aquaman, fabled rugby coach Eddie Jones in The Brighton Miracle and Powell in Dora and the Lost City of Gold. He voiced the father in Disney’s Moana, and Warfield in Mosley. Aquaman 2 has been announced for 2022.

Back home, the 2013 reality television debut in The Life and Times of Temuera Morrison, won him a large and supportive local audience with his humour and candour. In 2014 he hosted an old-style variety show called Happy Hour. Another first was the release of his first album, - Tem - reflecting a lifelong involvement with music and Maori entertainment. The album consists of covers of songs that his father, and uncle Sir Howard Morrison, used to perform at local venues when he was growing up.

In the 1996 Queen's Birthday Honours, Morrison was made a Member of the New Zealand Order of Merit, for services to drama. 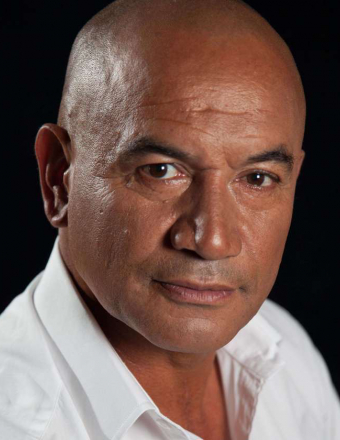 The Book of Boba Fett (Post-production)

Lucasfilm (US) for Disney+

Fairview Entertainment (US) for Disney+

The Life and Times of Temuera Morrison (TV Mini-Series)

The Immortal Voyage of Captain Drake

Bro Town (Ep: Know Me Before You Haunt Me)

Dora and the Lost City of Gold

Rua (as an Adult)

Rain of the Children

Star Wars Episode iii The Revenge of the Sith

What Becomes of the Broken Hearted

The Island of Dr. Moreau

Not Just a Domestic-The Update

Not Just a Domestic